Workshop with I Patom Theatre

In the workshop, the company intends to develop the creative ability and imagination of participants through improvisation, group dynamics, voice work, and physical training.

The workshop would be developed around the theme of the PHYSICAL ACTION meaning that the movement given by the action would be the point of departure of the work where the training of the actor should lead to the creative process. It will be elaborated progressively, in three steps to create an awareness and a consciousness of the group. Except for body warming, the workshop would be based on improvisations. It is unable to each person to get confidence inside of new work team. Each individual has to bring his own way of doing, respecting and listening to the general dynamic of the group.

The members of the company would always be the main leaders of the improvisation in order to have a concrete structure. The workshop is aimed at adults and children, with or without experience in the theatre field, but with the interest of exploring and playing together. The workshops are going to be adapted to the level of preparation and interest of the participants.
We want to remind that for us, the process in itself is more important than the result and we insist on the necessity of being present as an artist during the process. 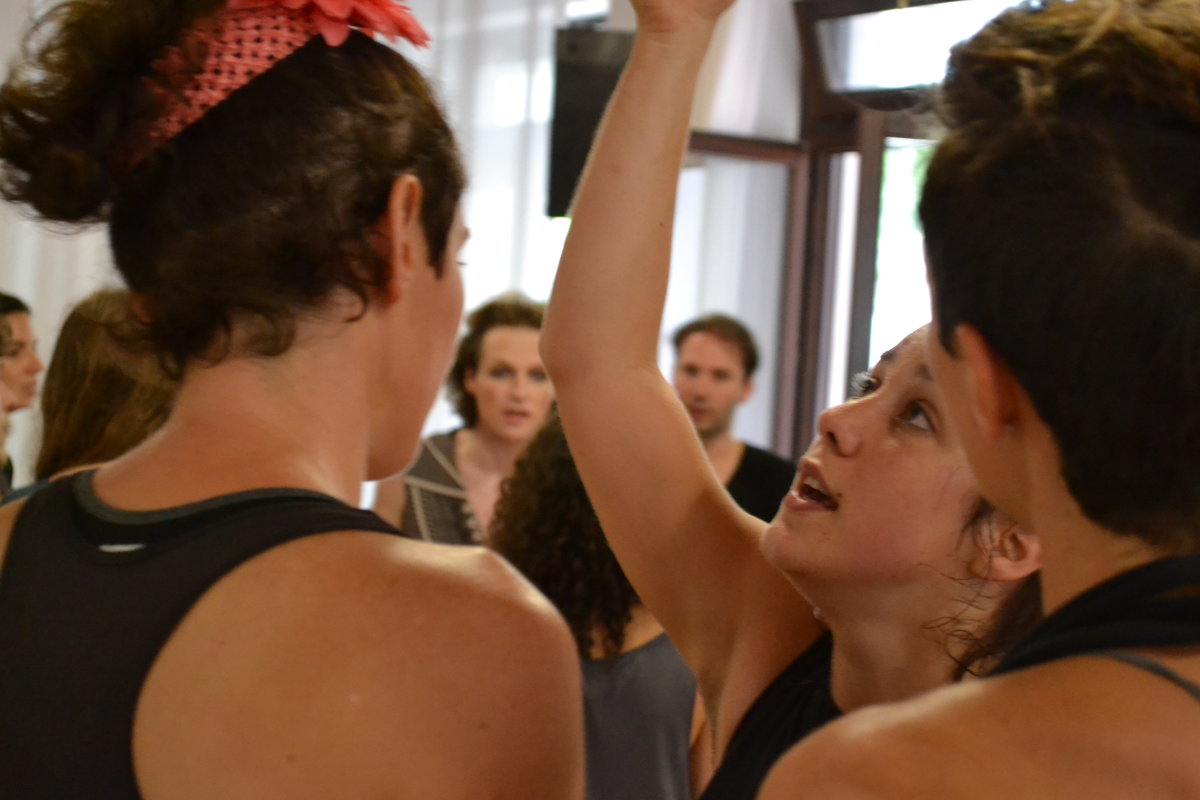 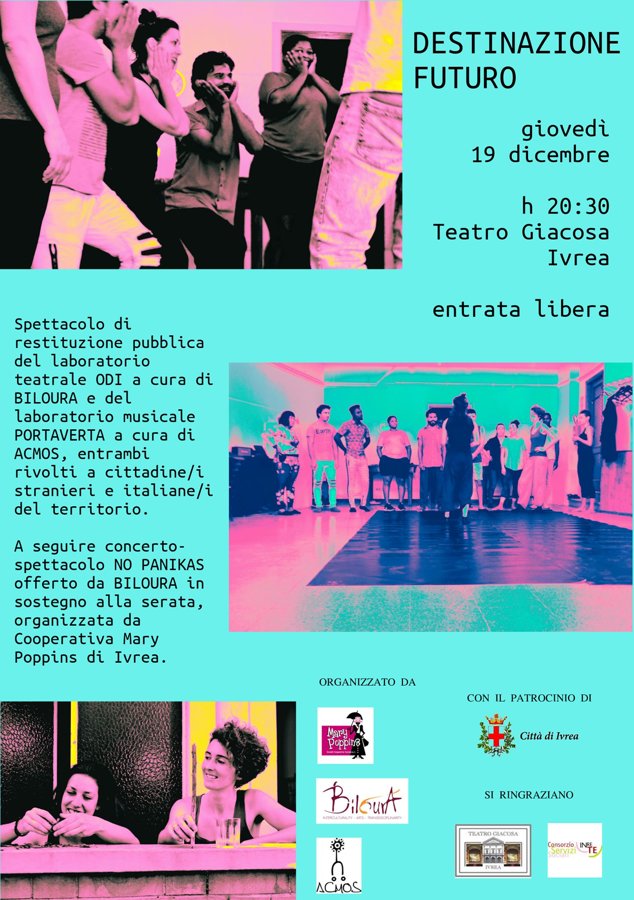 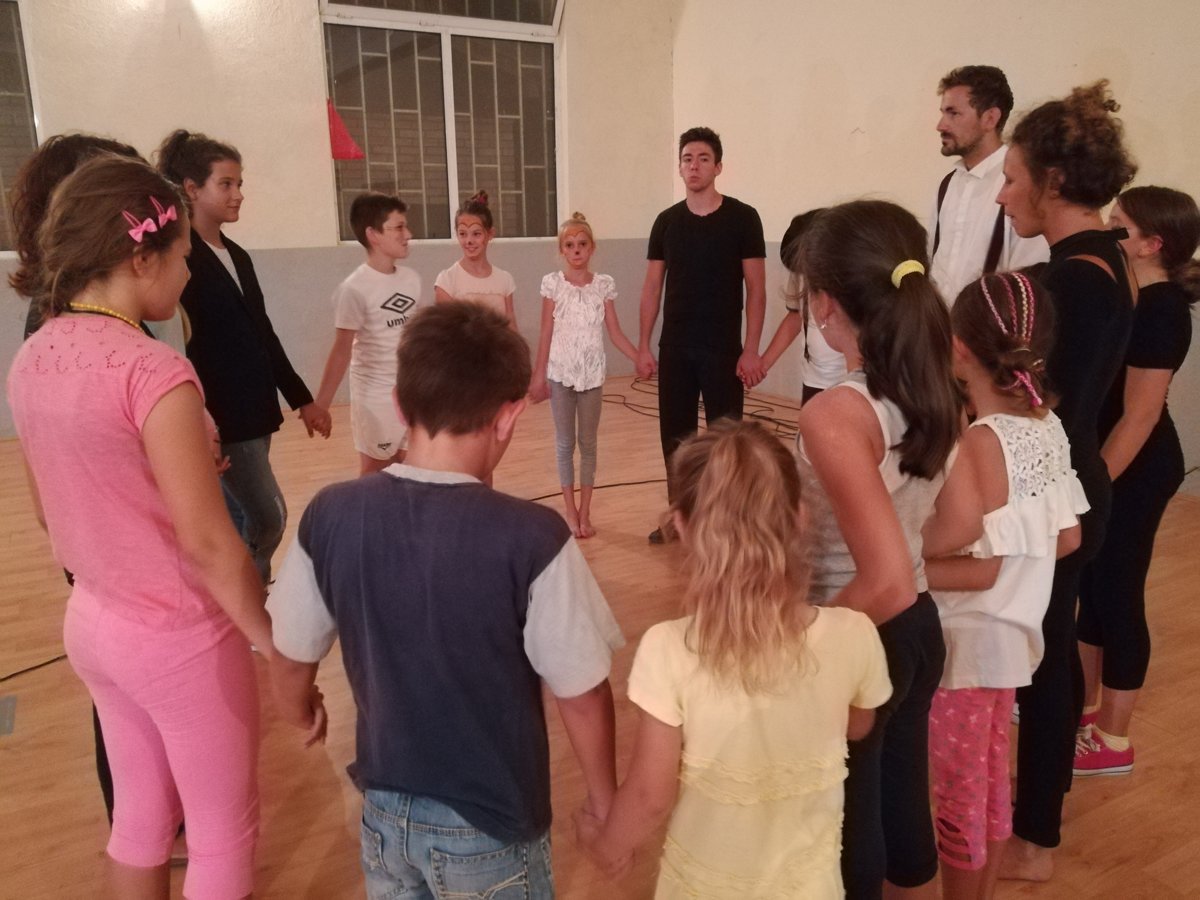 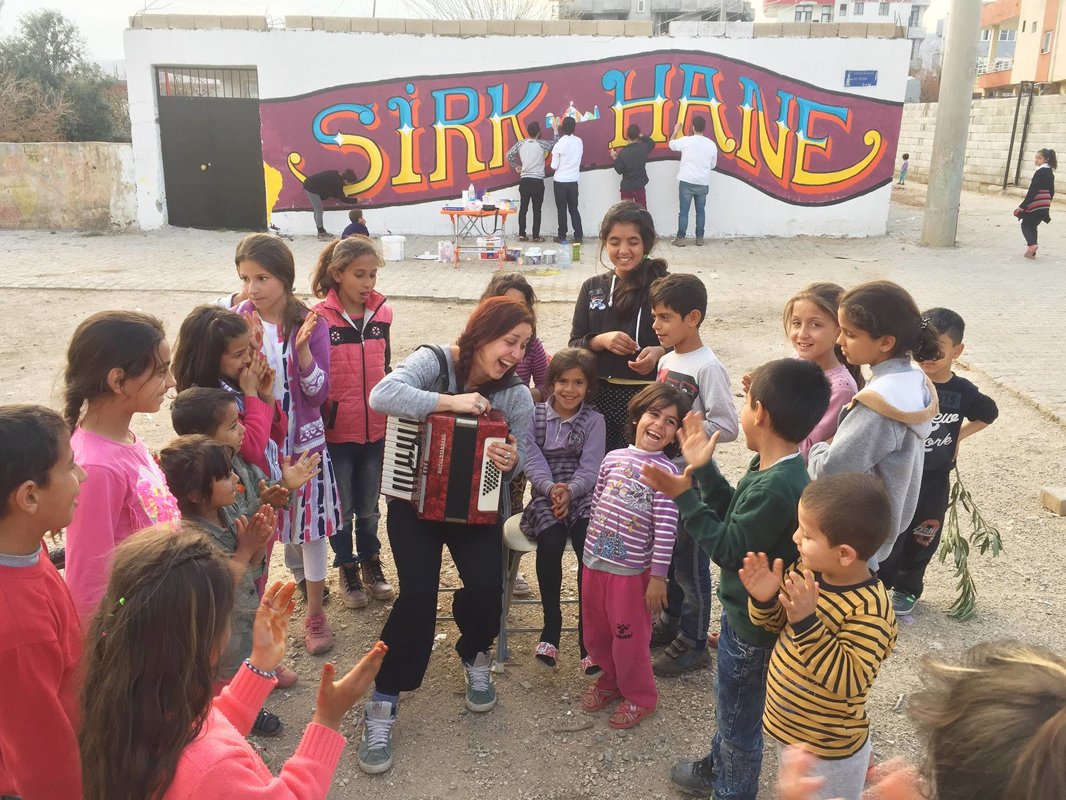 in Italian, the word means "odes" as well as "hates"

ODI project began in 2015 in Valchiusella (TO) as a theatre workshop and video documentary, lasting 4 months. The workshop worked with a group of about 30 asylum seekers from Nigeria, housed at the time in the village of Alice Superiore, a few meters from BILOURA's working space.

It was an experience that left its mark. So, at the end of the ethno-anthropological workshop, BILOURA decided to transform "ODI" into a permanent laboratory, which take place wherevere there is a critical intercultural situation.

Il Cirkus Myškin (the name was inspired by the main character of Dostoivskij'novel: The Idiot)  takes place as part of Gioca Hoča, supported bu the association Amici di Decani.
During the summer time, the association offers to the kids of the serb enclave of Velika Hoča -located in Kosovo- playful and circus activities.

In this period, several circus lessons take place: unicycle, juggling, manipulation and handling of objects, aerials and acrobatics with the purpose of creating a show and a parade for the inhabitant of the village.

Her Yerde Sanat is a social circus school, found in 2012 in Mardin in the south-est of Turkey at the border between Syria and Iraq.
This association offers circus lessons and hand-craft workshop -photography, shadow theatre...-  to the children from Mardin and arround in precarious situation (refugee or asylum seekers)
The goal is to carry out artistic activities between syrians, turkish o iraqi children without any distinction of nationality or religion.

With this idea to use Art as a a way to tighten the social cohesion, I Patom Theatre - and especially Aude Lorrillard- collaborated during march, april and june 2017 giving acrobatic lessons in Mardin and in the refugee camp of Khanke, Iraq